Save The Children fears 180,000 kids affected by Glenda, vows assistance 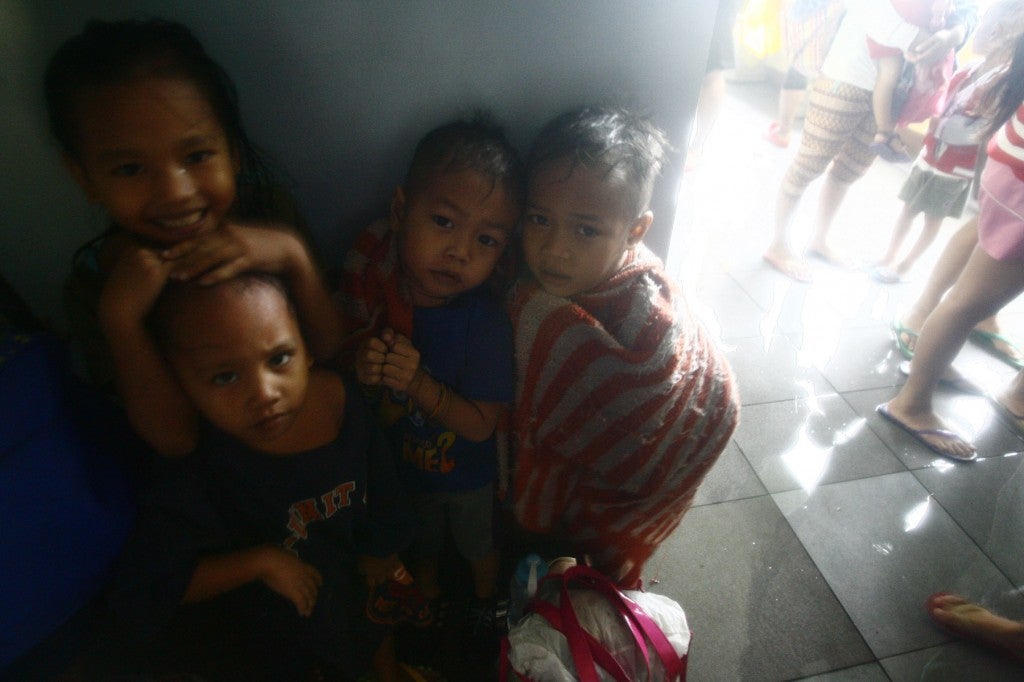 Children at Delpan evacuation center in Tondo, Manila at the height of the Typhoon Glenda. JOAN BONDOC

The National Disaster Risk Reduction and Management Council (NDRRMC) reported more than 370,000 persons have been evacuated in provinces in Luzon and Visayas.

Save the Children fears that as much as 180,000 children have been affected by Glenda, which it regards as the strongest storm to hit the Philippines since Super Typhoon Yolanda in November 2013.

“We have teams in some of the affected areas in Luzon, including Northern Manila, operating in flood-prone and low lying areas. Save the Children is well positioned to assist those severely affected by the typhoon,” Michel Rooijackers, Deputy Country Director for Operations, said in a statement.

“In such situations, we expect extremely dirty living conditions in evacuation centres, with potential closure of schools and clinics for a few more weeks. Save the Children has more than 7,000 hygiene kits with soaps, dental supplies and towels, more than 2,000 plastic sheets for temporary shelter, tents, jerry cans and home-repair kits, water purification tablets which are ready to be shipped to the worst-affected areas,” Rooijackers said.

NDRRMC has reported up to six casualties as of Wednesday evening along with six injuries and one reportedly missing.

Save the Children said that Glenda caused panic in Tacloban, where Yolanda had claimed more than 6,000 lives and swept away houses near coastal areas.

“Glenda had also caused panic in Yolanda-ravaged Tacloban Tuesday, forcing evacuation of over 1000 survivors, many of whom were living in temporary shelters, to Tacloban Astrodome. Although residents had already returned to their homes, many evacuees expressed concerns over the typhoon season,” Rooijackers said.

“We are mostly concerned about young children as they are most vulnerable during disasters. Children are easily swept away by winds. Our staff in Manila are hearing reports of damaged roofs and uprooted trees. These scenes are obviously distressing for children. Our teams will be out to see full extent of the damage,” he said.

A state of calamity has been declared in at least seven areas due to Glenda.

7 areas placed under state of calamity

‘Glenda’ now under West PH Sea; NCR, 13 other areas still under Signal No. 1

Gov’t in no rush to end lockdown