MANILA, Philippines – The West Philippine Sea is China’s “natural shield” in the south, which will not only give it a strong defense against the United States, but will also provide food and energy security given the wealth of natural resources in the Reed Bank, according to a strategic assessment paper from the Development Academy of the Philippines.

The importance of the West Philippine Sea to China also explains its assertive claims to territories within the Philippines’ Kalayaan Island Group (KIG).

The West Philippine Sea is the name given by Manila to that part of the South China Sea that falls within the country’s exclusive economic zone under the United Nations Convention on the law of the Sea.

“The West Philippine Sea (WPS) is important as it is regarded as a natural shield of China’s security in the South. Having a strong foothold on the WPS would give China a strategic area of defense consisting of over 1,000 kilometers, the security implication of which is ‘incalculable’,” said the DAP paper titled, “Maintaining the Balance of Power and Increasing the Sphere of Influence over the West Philippine Sea: The China Track.”

The paper also noted that controlling the West Philippine Sea would “ensure the economic and political survival of the Communist Party.”

The West Philippine Sea is the part of South China Sea that is within the Philippines’ 320-kilometer exclusive economic zone.

Filipino military officers, who as students at the DAP Graduate School of Public Development and Management, came up with the 12-page strategic paper focusing on the West Philippine Sea problem through China’s lens last year. DAP provided the Philippine Daily Inquirer a copy of the paper.

The DAP paper noted that an expert from China’s State Ocean Administration had pointed out that “the ocean has become an important area of contention for comprehensive national power and long-term strategic advantage.”

The DAP paper emphasized that having control of the South China Sea would “serve as a restraining factor” for the US 7th Fleet, whose area of responsibility covers 124 million square kilometers in the Indo-Asia-Pacific region.

“The United States has always intended to preserve its strong military presence in [the] West Pacific. Given this fact, Beijing feels that it must have a strong grip on the South China Sea to give themselves some space for strategic maneuvering,” the paper said.

China acknowledges its vulnerability both on land and sea, but “believes that any challenges to China’s territorial integrity and sovereignty in the future would mostly come from the ocean, including the West Philippine Sea,” the paper said.

“This is the reason why China has been developing its anti access/area denial (AA/AD) capability. In this context, China’s anti-access/area-denial forces increasingly overlap, providing multiple layers of offensive systems utilizing the sea, air, space, and cyber-space,” the paper added.

The paper cited estimates from the US Energy Information Administration that the Spratlys seabed may hold up to 5.4 billion barrels of oil and 55.1 trillion cubic feet of natural gas, “much of it concentrated in Reed Bank,” also known as Recto Bank off Palawan province.

Aside from the natural gas and oil, the waters in the area are also home to the “richest fisheries in the world.”

“Experts say that the West Philippine Sea provides 25 percent of the protein needs of 500 million people; over 5 million tons of fish are hauled from the fisheries in the WPS each year—10 percent of the global fisheries catch—and five of the world’s top shrimp producers border the sea,” the paper said.

The paper also noted how China has looked down on the Philippines “as a small country with weak military capabilities.”

“Also, China considers the Philippines as nothing but a convenient market of cheap Chinese goods and services. They perceive the Filipinos as a people who can easily be appeased by a gesture of goodwill after being offended,” the paper said. 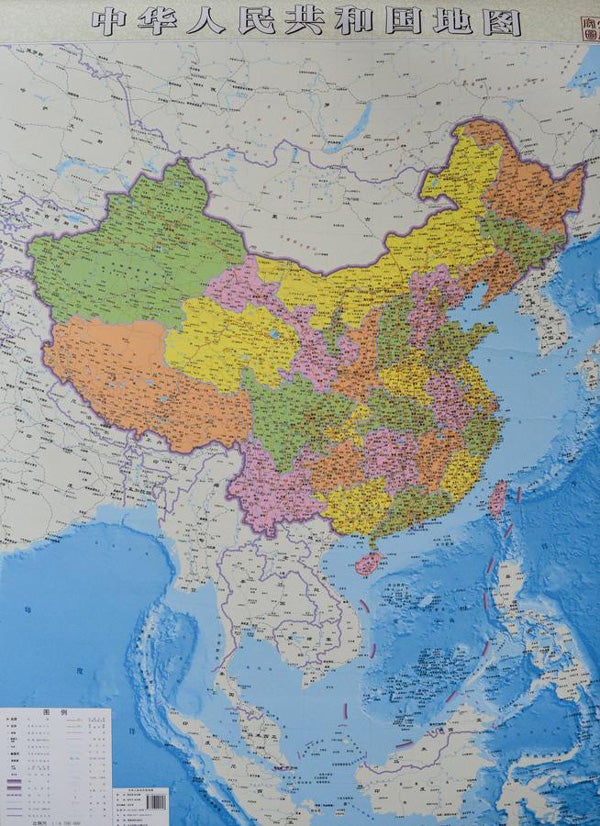