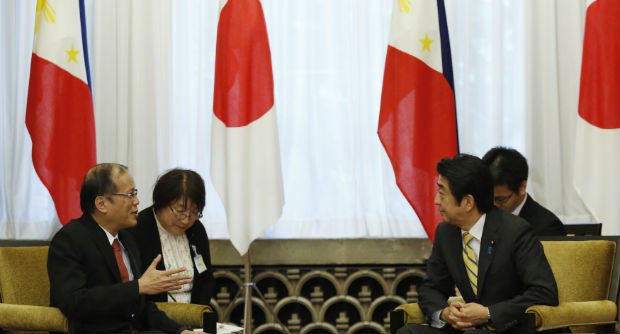 “Both Japan and the Philippines share universal values and between us there is a strategic partnership. So with you, Mr. President, I certainly would like to develop our relationship,” Premier Abe added.

In response, President Aquino said the Philippines welcomes the “opportunity to revitalize the strategic partnership between our two countries.”

Expected to be on the summit meeting’s agenda is China’s increasing aggressiveness is claiming territories in the South and East China Seas.

China is claiming a large swath of the South China Sea, encroaching on Philippine territories in the West Philippine Sea.

Japan is embroiled in a territorial dispute with China over the Japanese-administered Senkaku Islands, known as Diaoyutai in China.

Aquino arrives in Tokyo, to begin talks with Japan PM

Underdog Dasmariñas vows to fight to the death vs Inoue