Beijing to ‘civilize’ citizens ahead of Apec summit 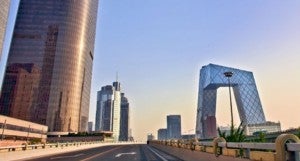 BEIJING — China’s capital Beijing on Tuesday launched a new effort to “civilize” its residents by clamping down on queue-jumping and smoking ahead of a summit for Asian leaders later this year.

The Beijing municipal government said in a press release that it aims to encourage “civilized orderly and courteous transport, to improve people’s overall quality to display (their) wonderfulness.”

It follows a similar campaign ahead of the 2008 Beijing Olympics, which saw authorities target spitting, littering and disorderly lines for public transport.

“We still need to promote better queueing, and we will depend on promoting civilization and also legal measures,” he added, without giving details.

Other behaviors due for censure include “making a racket,” smoking in public places and eating while on public transport.

The Asia-Pacific Economic Cooperation (Apec) forum, which includes China and the United States, will see leaders from more than 20 countries and economies descend on Beijing in November.