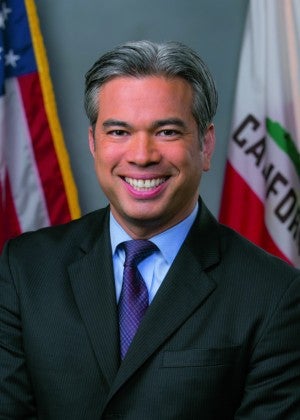 SAN BRUNO, California — Gov. Jerry Brown in June 3’s primary election easily paved the way for re-election to a second consecutive term in office this November. Other state-level Democratic incumbents did too.

Other Democratic incumbents who got their names on the November ballot were Lt. Gov. Gavin Newsom, Attorney General Kamala Harris, and Insurance Commissioner Dave Jones. The three will face Republican challengers Ron Nehring, Ronald Gold and Ted Gaines respectively in the general election.

Another incumbent who secured his seat is Filipino-American District 18 Assemblymember Rob Bonta, who took the lead at 84.9 percent of the vote or 27,591; against only opponent Republican David Erlich who only got 4,903 votes or 15.1 percent.

Garratt received 62.9 percent of 36,393 votes, while Buenaventura received 37.1 percent or 21,430 votes. The two, along with another candidate Christopher Shenfield, 51, were vying for the seat of retiring Judge Craig Parsons.

Buenaventura is in private practice, works with the county’s private defender program for indigent defendants and is a Daly City councilman.

Garratt was on the bench as a commissioner for nine years before court cuts eliminated three of the seven positions (including the one she held). She later went back to join the District Attorney’s Office, handling cases for consumer fraud and environmental protection. She was reappointed as commissioner and returned to the bench last April.

The California Primary Election last June 3 was the first year in which top statewide offices were elected under the nonpartisan blanket primary.

This was pursuant to Proposition 14, which was approved by 53 percent of voters in 2010. Under this system, which went into effect during the 2012 election year, all candidates will appear on the same ballot, regardless of party. The top two finishers, regardless of party, will advance and face each other in the general election on November 4.

Many ballots are not counted on Election Day and county election officials will still have to report final official results to the Secretary of State by July 4.