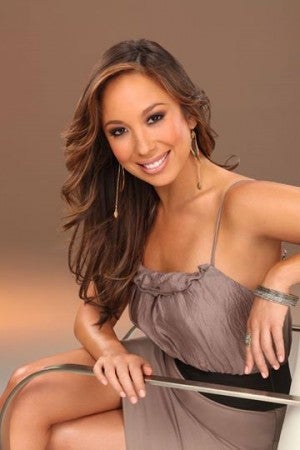 The $150-a-plate dinner featured dancing, silent and live auctions, organized by the non-profit Philippine Development (PhilDev) Foundation, which is trying to boost economic development in the Philippines.

“You Should Be Dancing — an Evening of Giving and Grooving,” host Burke is of

half Filipino and Irish-Russian ancestry. She was a Primetime Emmy Award nominee for Outstanding Choreography in ABC 7’s “Dancing With the Stars” for the “Freestyle” and “Paso Doble” dances in 2005.

The Burkes are helping PhilDev connect Silicon Valley to the Philippines through Banatao, a man tagged by Jennings as “the Bill Gates of the Philippines.”

“We may be crazy enough to be the only foundation that says we build the economy of the Philippines,” Banatao said during interview.

Banatao founded several Silicon Valley businesses (MOSTron Elektronik, S3 Graphics and Tallwood Venture Capital), but his heart is in philanthropy due to his humble beginnings. He was born in the Philippines. “My father was a farmer and my mother a simple housewife,” he told Jennings.

Banatao came to America and graduated from Stanford University with a master’s in electrical engineering. His charity, PhilDev, has a longterm strategy, Jennings said, “to graduate as many Phd’s as possible in the Philippines in science and engineering.”