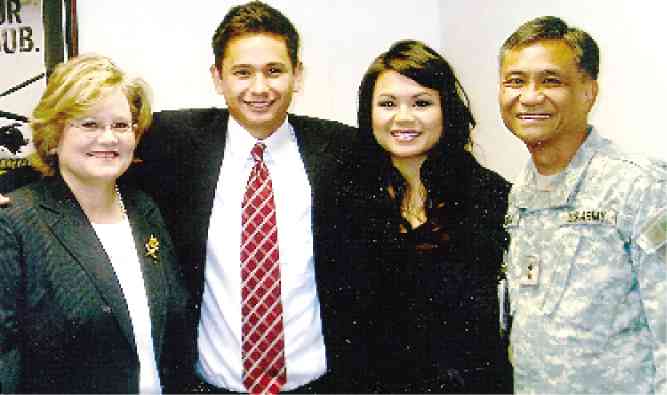 TAGUBA (right) with his family PHOTO by The FilAm

The last we heard of US Army Maj. Gen. Antonio “Tony” Taguba was at the height of the Abu Ghraib torture scandal in 2004. He was the pride of the Filipino-American community then. A Philippine-born general entrusted with a huge, patriotic responsibility to investigate alleged military abuses at Abu Ghraib prison.

The Taguba Report, which confirmed “numerous incidents of sadistic, blatant, and wanton criminal abuses were inflicted on several detainees,” proved to be unpopular, almost unacceptable, to the top brass. As a result, Taguba would find himself largely marginalized within the establishment, his friends of longstanding all of a sudden not speaking to him, according to The New Yorker article.

In 2007, he retired from the Army after 34 years of active duty; he was 56. He has remained largely low key since, and not much was heard from him again—until recently.

Taguba has returned to the community and given a touching welcome like he was the long lost son coming home from battle. In a hearty display of ethnic pride, he marched at the recent Philippine Independence Day Parade in New York and has been speaking to FilAm students and young professionals about retirement, about growing up poor in Sampaloc, growing up an immigrant in Hawaii, about leadership and mentorship, and about growing old. Students would rush to shake his hand and take his pictures after his presentation. Nothing of his bitterness in the aftermath of the Abu Ghraib report would leave his lips.

“It’s an oxymoron, this thing called retirement,” Taguba said blithely when interviewed by The FilAm. Actually, he’s never been busier.

On weekdays, he would wake up early and jog three to five miles around an elliptical close to his Alexandria, Virginia, home. This would be followed by sets of weightlifting to tone his muscles. A quick check of e-mails will provide a snapshot of what needs to be done for the day. He is “semi-active” on social media, an occasional user of Facebook and LinkedIn and wants nothing to do with Twitter.

He talked about his family.

Taguba and his wife, Debbie Steinbrueck from Troy, Missouri, easily belong to the 77 million to 80 million Baby Boomer population, a disproportionate number of whom are generally financially stable, mentally alert and physically active.

His son, Sean, is 29 and appears to be trailing his father’s and grandfather’s footsteps. He is a captain in the US Army.

“He’s been in combat in two wars, Iraq and Afghanistan, and stationed at Fort Irwin in California,” said Taguba.

His daughter, Lindsay Keys, 32, is married and lives in Greenville, South Carolina.

“She works in a nondenominational community church,” he said. 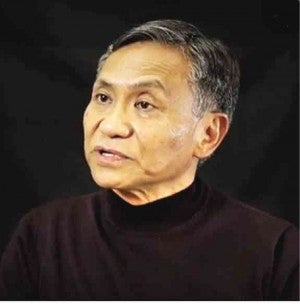 TAGUBA PHOTO by The FilAm

On retirement, Taguba took several months off to relax and enjoy more time with his family.

“I didn’t have an exact plan on what I wanted to do after spending 34 years in the Army, (but) the Army did give me time to think about being a civilian,” he said. In his case, he had an array of options: volunteering, doing part-time work, traveling, mentoring young leaders, long distance running like marathons, golf, and reading.

There are countless opportunities for Baby Boomers looking to retire, said Taguba, who is currently a Community Ambassador for AARP, a nonprofit organization advocating for the country’s retirees and senior population. “It all depends on what they want to do.”

He discussed his work with the Filipino-American World War II Soldier Recognition Project. The objective is to get the US Congress to honor Filipino World War II veterans with Congressional Gold Medals.

“It’s a long-term project,” he said. “I’ve been going around the country, holding meetings in Washington D.C. (talking about this). It’s time for us to go beyond getting them benefits. It’s time to recognize Filipino veterans for their sacrifice and loyal service during World War II.”

He talked about an organization he cofounded with other Army retirees. The Pan Pacific American Leaders & Mentors (PPALM) was created to help mentor young Asian American military and civilian leaders with their career goals. Taguba is the chair.

“It’s a process,” said Taguba, waxing philosophical about the romantic notion of being a retired individual. “One does not really retire from life.”

As an optimist, he will embrace whatever life throws at him after 50. He acknowledges some age discrimination exists in the workplace that needs to be addressed by certain companies, but he is also in step with this movement called “positive aging.”

With so many people he has yet to meet and places he would be thrilled to visit, Taguba’s plate is full. “Getting old is a fact of life. I don’t dwell on it.”