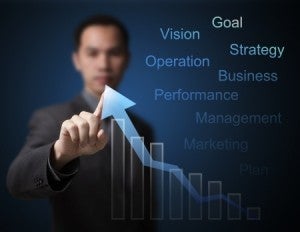 MANILA, Philippines—Taking a fresh look at the host of the World Economic Forum on East Asia (WEF-EA), a Canadian parliamentarian sees things beyond the corruption scandals now hounding the country and notes how the Philippines has managed to post “impressive” growth over the last decade.

North Vancouver Member of Parliament Andrew Saxton, also parliamentary secretary to Canada’s Minister of Finance, believes that the world will maintain its optimism on the Philippines’ business climate.

He cited notable progress in the metropolis and conveyed Canada’s interest to boost trade ties with the Philippines amid its record-making economic rise of the last few years.

“I’m impressed at how Manila has grown so much. For example, the Fort Bonifacio area didn’t exist the last time I was here. Now you’ve got this massive second metropolis there and I understand it is extremely clean and a wonderful place to visit,” Saxton said.

The lawmaker, who is in Manila to attend WEF-EA, spoke to reporters on Wednesday night following remarks on the growth potential of both the Canadian and Philippine economies in an event organized by the Canadian Chamber of Commerce of the Philippines.

He remembered traveling to the Philippines during his time working in the financial industry in Southeast Asia from 1994 to 2002; he still considers Boracay his favorite beach destination in the world.

“I just think that Manila has grown a lot and has obviously come through the recession. I know that the recession hit the Asian economies hard as well, so I’m impressed. I’m also impressed with the Philippine economy, being the second-fastest growing economy in Asia, second only to China,” Saxton said, drawing a parallel to how Canada also “weathered the economic storm” that struck in 2008.

“Right now, I think the GDP (gross domestic product) growth here is expected at 7.2 percent that’s comparable to last year. Canada has been at 2.5 percent GDP growth, so we can only dream of having GDP growth like the Philippines has right now,” he said.

Saxton, also cochair of the Canada-Philippine interparliamentary group, which interfaces lawmakers from both sides, said corruption issues in the country would not likely sway the generally positive international outlook on the Philippines.

“Obviously, nobody wants to hear about these corruption scandals. But I think overall, it’s not going to change other countries’ impression of the Philippines. They’re looking at the bigger picture and they realize that the overall trend is toward a cleaner and a stronger system here in the Philippines … I think that’s what people are going to look at,” he said.

‘Empathy not threats’: Stars speak up on Duterte’s ‘shoot-to-kill’ order