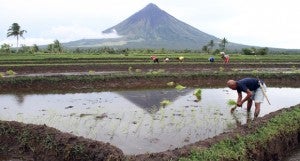 LEGAZPI CITY, Philippines—Some 2,000 delegates from 32 Asia-Pacific countries will participate in three conferences of the United Nations World Tourism Organization to be hosted by Albay province and the Department of Tourism from May 15 to 20.

Events to be held in Albay are the 40th Meeting of the Asean (Association of Southeast Asian Nations) Plus Three National Tourism Organization on May 15-17; 26th Joint Meeting of the UNWTO Commission for East Asia and the Pacific and UNWTO Commission for South Asia on May 18; and UNWTO–Asean International Conference on Tourism and Climate Change on May 19-20, according to Maria Ong Ravanilla, Department of Tourism-Bicol director.

She said a key item on the agenda during the conferences would be a debate on air connectivity in the Asia-Pacific region and its impact on tourism.

Ravanilla said separate sectoral policies on air transport and tourism have been posing a “severe constraint” on the development of travel and tourism in the region and other parts of the world.

She said at the end of the conference, UNWTO members would come up with measures that would strengthen the tourism industry’s ability to deal with climate change threats and challenges.

UNWTO Secretary General Taleb Rifai, who will arrive on Saturday, is expected to preside on discussions on the Global Code of Ethics for Tourism (GCET), a comprehensive set of principles designed to guide key players in tourism development. GCET would encompass the economic, social, cultural and environmental components of travel and tourism.

As host, Albay province will also get to showcase its internationally recognized capacity on disaster risk reduction and its first and only Climate Change Academy in the world that was put up by the United Nation Development Program.

Albay Gov. Joey Salceda said Albay was lucky to be chosen among 156 countries to host the event. He said UNTWO delegates would get to view festivals and visit cultural heritage sites and ecotourism areas during the six-day conference. A tour of the lava front in Barangay (village) Mabinit, a village at the foot of Mayon Volcano, some seven kilometers from the city proper, is part of the itinerary of Rifai upon his arrival on Saturday.

The Philippine National Police provincial office said it has deployed 300 additional police personnel to augment the existing police force of the city and provide security measures to the delegates during their stay in Albay.