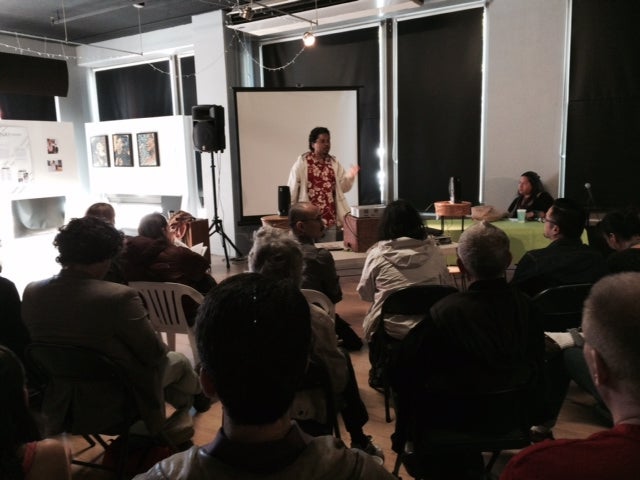 SAN FRANCISCO, California — “Delano Manongs,” a documentary on the unsung role of Filipinos in the historic grape strike that led to the formation of the United Farm Workers union, received a rousing reception by large audience May 9 at a screening at the International Hotel Manilatown Center  on 868 Kearny Street.

Filmmaker Marissa Aroy held a Q&A about her film and the history it depicts. “Delano Manongs” will be screened in various cities and shown on public television. Manilatown Heritage Foundation President Tony Robles (shown in photo above) introduced Aroy and her film, which was well received.

Read Next
Miss World PH franchise launches first US East Coast search for entries
EDITORS' PICK
Omicron variant detected in more countries as scientists race to find answers
Gov’t plans to open COVID-19 vaccination for 5- to 11-yr-olds by January 2022
A delightful blessing!
Villar Group gears up for AllValue Shopping Party on Dec. 3; around P 1-million promos and discounts up for grabs
Legarda: Ending Violence Against Women, a cause for all
Gov’t eyeing COVID-19 vaccine booster for essential workers, indigents by Dec. 10
MOST READ
Quiboloy warns of ‘much worse than Omicron virus’ if his ‘persecution’ is not stopped
Marcoleta defends pol ads on ABS-CBN
MMDA: Number coding during afternoon rush hours back this week
PH updates ‘red list,’ travel ban imposed on 7 more countries
Don't miss out on the latest news and information.