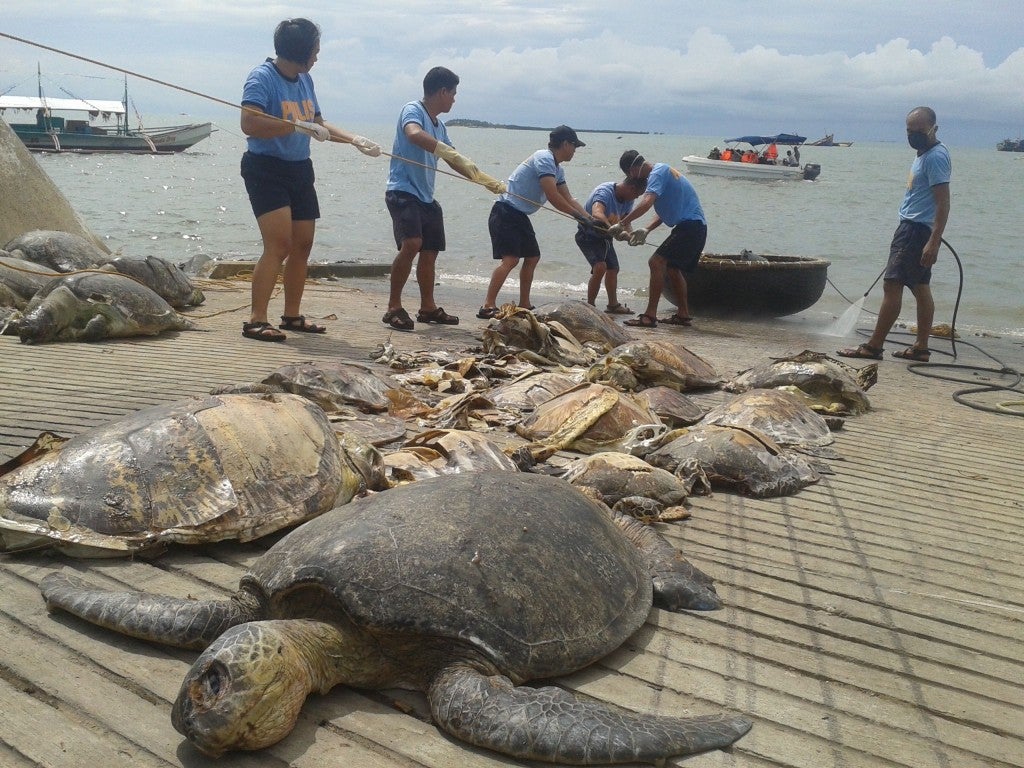 PUERTO PRINCESA CITY, Philippines – The 11 suspected Chinese poachers, apparently following orders from the Chinese Embassy, declined to participate in Monday’s preliminary investigation of fisheries violation charges slapped against them by local authorities, prompting the government prosecutor to immediately endorse the case for trial.

Provincial Prosecutor Allen Ross Rodriguez said he was visited by two representatives from the Chinese consulate mid-morning Monday and was told that the Chinese nationals were in Chinese territory when they were arrested.

“I advised them to present their assertion in the preliminary investigation, but they chose not to. They (the arrested Chinese nationals) were not even represented by their lawyer,” Rodriguez said.

Rodriguez said they have decided to file the case before the local court, for violation of two provisions of the Fisheries Code, and recommended a bail of 70,000 for each suspect.

Since there was no appearance by the arrested Chinese nationals or their lawyer during the preliminary investigation, Rodriguez said he based his decision on the report of the apprehending authorities.

He added that of the 11 suspects now held at the detention center of the Philippine National Police (PNP) provincial headquarters here, two were found out to be minor and would be turned over to authorities for deportation.

The 11 Chinese fishers were arrested last Tuesday by a PNP Maritime patrol near Hasa Hasa Shoal, an area in the Spratlys claimed by both the Philippines and China.

The Chinese government earlier warned the Philippines against prosecuting their nationals, claiming they were in Chinese territory when caught.