• 191 Democrats have signed to bring bill to floor; 30 Republicans refuse

• Filipinos wait an average of 23 years for family reunification visas 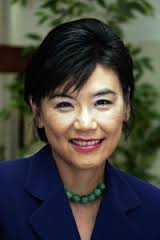 LOS ANGELES, California – Asian American lawmakers in the US House of Representatives appealed to House Republicans on April 29 to “stop kicking the can down the road” and to join them in enacting comprehensive immigration reform into law.

At the teleconference, the lawmakers highlighted the benefits of reform for the Asian American and Pacific Islander community and discussed what inaction may cost the United States.

Rep. Judy Chu (CA-27), CAPAC chair, called on the 30 Republicans in Congress to meet their Democrat colleagues halfway and take action on sensible immigration reform by signing the discharge petition for HR 15, or the proposed comprehensive immigration reform legislation she introduced in October 2013.

A discharge petition is a means for a legislative body, commonly the US House of Representatives, to bring a bill out of committee and into the plenary floor for consideration, without needing a report from the committee.

This is usually done without the cooperation of committee leadership by “discharging” the committee from further consideration of a bill or resolution.

Chu said that once the petition is completed, HR 15 would automatically be brought up to the floor for a vote. She said that 191 Democrats have already signed onto the petition.

However, the remaining 30 lawmakers  (all Republicans) were adamant about not signing the petition.

“It’s time for those 30 Republicans to stop talking and start acting, by signing the discharge petition. We just can’t afford to continue kicking the can down the road on this issue,” Chu said.

Support from majority of Americans

With 79 percent of Americans expressing support for comprehensive immigration reform, Chu said that Americans couldn’t wait any longer to reunite with their loved ones from abroad.

With over 600 business and religious leaders having already called on House Republicans to take immediate action, Chu said that Congress “can’t continue to ignore the will of the American People.”

“I urge Republican leadership to put politics aside and join us in fixing our broken immigration system once and for all,” Chu said.

Keeping the family together

For his part, Honda emphasized their bloc’s opposition to deportations across the nation. He said that comprehensive immigration reform is a top priority for CAPAC and the diverse constituencies they represent.

He added that that keeping families together is a cornerstone of their immigration policy, and that family immigration matters are key issues for the AAPI community.

“This is why deportations have a significant impact on Asian American and Pacific Islander families in our country,” Honda said.

He said that reforming the Department of Homeland Security (DHS), particularly the enforcement of practices and policies, is an important priority for the community.

“Flawed enforcement of practices and policies has separated millions of immigrant families. Young people in the Asian American Pacific Islander community are vulnerable to deportation and family separation,” Honda said.

Honda also deplored the backlog in the family visa applications, which devastates families with long waiting periods before they can finally reunite.

As of November 2013, as many as 4.2 million individuals were waiting in the family visa backlogs.

Some Asian immigrants have to wait decades before they can see their family in the US.

For example, Chinese and Asian Indian immigrants have to wait for an average of 12 years. For Filipinos, the waiting time is over 23 years on average.

Is the US immigration reform bill dead?