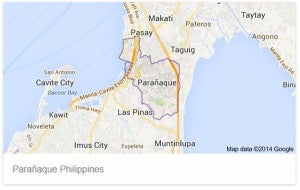 Police said the shooting occurred on A. Santos Avenue Tuesday night while the victim, Iwasaki Hiroshi, 45, was in car, a Nissan Sentra Exalta with license plate XEA 602.

Two gunmen on a motorcycle got near the car and shot Hiroshi.

The gun used by one of the suspects was a caliber .45 pistol, which police said was recovered at the crime scene.

According to family members of Iwasaki, they did not receive any threat before the killing. Jean Kyle Kelly, OJT