PH military, not US, will establish base in Subic, say SBMA execs 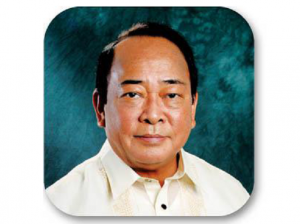 SUBIC BAY FREEPORT, Philippines — The Philippine military, not US troops, will be establishing a base in this free port as some of the fighter jets that the government will be buying from South Korea will be stationed in a portion of the Subic Bay International Airport (SBIA), according to free port officials.

Roberto Garcia, chair of the Subic Bay Metropolitan Authority (SBMA), said the SBMA board has approved “in principle” a plan to allow the Armed Forces to use some of the facilities of the former US naval base, including three wharves and ports and a portion of the old US naval air station.

“The AFP will establish military and naval bases here but we’re still working out the details,” Garcia told reporters on Monday.

The Alava Pier, Juliet Pier and Rivera Wharf will also be the home ports of some of the Philippine Navy fleet, according to Garcia.

Although he said that the free port would be an ideal and strategic location for strengthening national security, it has not been considered as  “a major area” for the Enhanced Defense Cooperation Agreement (EDCA) between the Philippines and the United States, Garcia said.

He said, however, that having a military base here would reinforce the country’s defense, especially in the area of the Bajo de Masinloc (Panatag Shoal) in the West Philippine Sea, where Filipino fishermen have been harassed by Chinese coast guard vessels.

Subic wants US to pay for use of naval base