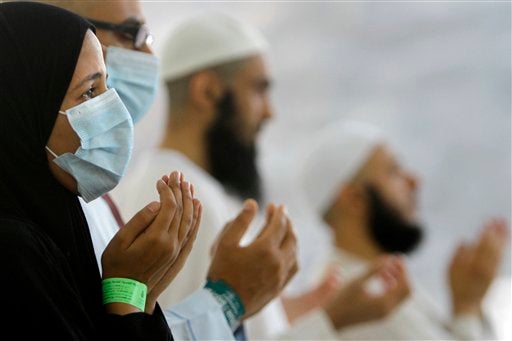 Meanwhile, an overseas Filipino worker and his two children have been released from the Corazon Locsin Montelibano Memorial Regional Hospital after testing negative for the Corona virus that causes the often deadly MERS. The three had voluntarily submitted to testing following the OFW’s arrival from Saudi Arabia last week.

The husband of the 44-year-old emergency room  nurse at the King Fahd Medical City said  he was informed by her co-worker from Negros Occidental on Tuesday that her condition was improving.

Two other nurses from Negros Occidental work in the same hospital as his wife, and they have been updating him on her condition, he said.

One of them informed him that more nurses  at the hospital had been quarantined for possible MERS, he said.

Meanwhile, a Negrense OFW who had just returned from  Saudi Arabia   voluntarily had himself and his two  sons subjected to tests for MERS and were quarantined  last week, said Dr. Julius Drilon, chief of the Corazon Locsin Montelibano Memorial Regional Hospital here.

The OFW, whose name was withheld, subjected himself and his children  to nose-and-throat swab tests for the deadly virus after his sons developed  fever and  colds two days after he returned to the country, Dr. Marlon Tabligan said.

Read Next
What European envoys think about Bangsamoro’s prospects
EDITORS' PICK
A laptop that maximizes your WiFi so you can maximize your productivity
Why Tagle is a leading papal contender
In Borongan, nuns play hoops (not mahjong)
Powered by style, innovation and passion
House energy committee chair Arroyo bats for cheap electricity
KWF has no power to ban, censor written works – Lagman
MOST READ
Why Tagle is a leading papal contender
Arjo Atayde reveals proposal to Maine Mendoza was ‘more than a year’ in the making
My neighbor FVR: From soldier to president
Gilas gets solid core with Clarkson, Sotto planing in
Don't miss out on the latest news and information.