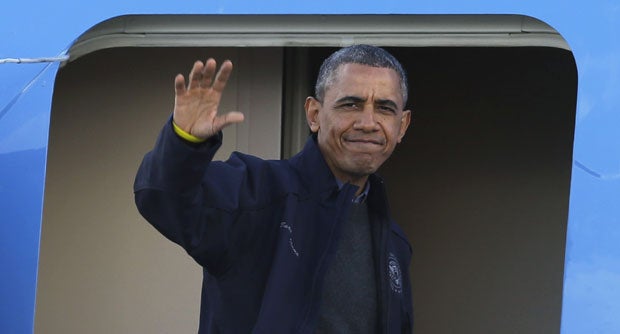 TOKYO — President Barack Obama says America’s mutual security treaty with Japan applies to the islands at the center of a territorial dispute between China and Japan.

Obama has confirmed the U.S. position in written responses to questions published Wednesday in Japan’s Yomiuri newspaper. The American president arrives in Tokyo later Wednesday at the start of a 4-country Asia tour.

His statement seems aimed at reassuring Japan that the U.S. would come to its defense if China were to seize the islands. Russia’s annexation of Crimea has sparked concerns about America’s political will to protect Asian allies.

The East China Sea islands are called the Senkaku by Japan and the Diayou by China.

Obama writes in his response that the U.S. opposes “any unilateral attempts to undermine Japan’s administration of these islands.”