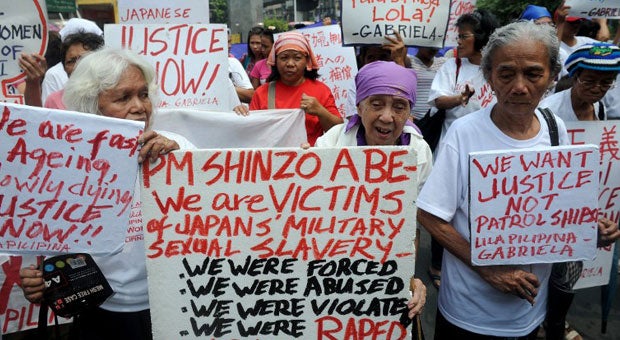 South Korea and Japan have been trying to set up a director-level meeting to try to resolve a series of pending issues arising from their shared history. Seoul reportedly wants the meeting, if held, to focus on the so-called “comfort women” issue while Japan insists that the topic should include territorial and other issues as well.

“The talks will likely be held next week and South Korea is in the final process of discussion to fix the date of the director level-talks with the Japanese side,” one government source said, requesting anonymity.

Other sources said that the meeting is likely to be held on Tuesday.

Japan’s Asahi Shimbun newspaper reported that the sexual enslavement issue will be the main topic of the talks which also are likely to include North Korea as a side issue.

The talks, if held, will be the first official attempt by the two governments to tackle the “comfort women” issue.

Historians believe that up to 200,000 women, mostly from Korea, as well as China, Indonesia, the Philippines and Taiwan, were forced to become sex slaves in Japanese army brothels.
Grievances among a group of old-aged South Korean women who were sexually enslaved to serve at front-line Japanese military brothels during World War II have been a vexing source of diplomatic tension between Seoul and Tokyo.

Historians say up to 200,000 women, mainly from Korea and China, were coerced into sexual servitude for Japanese soldiers during the war.

Seoul has repeatedly called on Japan to resolve the issue but Japan has rebuffed it, arguing that all the liabilities stemming from Japan‘s 1910-45 colonial rule of the Korean Peninsula were settled through the 1965 normalization treaty.

The treaty normalized the neighbors’ diplomatic relations, with Japan paying a chunk of money to the South Korean government struggling for economic development in the aftermath of the Korean War.

The planned meeting would also come ahead of U.S. President Barack Obama‘s scheduled visit to Asia, including South Korea and Japan, in late April.