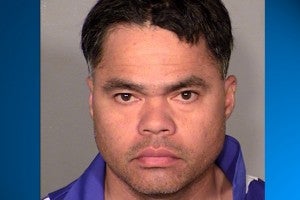 LAS VEGAS, Nevada — Prosecutors have decided not to seek the death penalty in the case of a Fil-Am former chef accused of stabbing to death his 28-year-old wife in their Las Vegas apartment early this year.

Prosecutor Richard Scow said that a district attorney’s office panel decided not to seek capital punishment for Richard Magdayo Dahan in the slaying of nurse Daisy Casalta Dahan on Jan. 10.

In a case that rocked the Filipino-American community here, the 40-year-old Dahan killed his wife after she allegedly asked for divorce two years after getting married in the Philippines.

Dahan, who claimed that he is suffering from kidney failure following a transplant, said that divorce is unacceptable because it’s against Filipino tradition.

Friends of his wife suspect that domestic violence may have contributed to the killing, and Daisy Dahan did not have an opportunity to seek help.

The same friends and co-workers at a nursing home facility raised the money to send Dahan’s body back to Bohol, where she grew up.

Richard Dahan had waived a preliminary hearing of evidence in the slaying before Las Vegas Justice of the Peace Deborah Lippis, who turned the case over to state court.

In his arraignment in Clark County District Court Dahan, on March 12, pleaded not guilty to a single count of murder. Deputy Clark County Public Defender Ed Kane represents him.

Prosecutor Scow said Clark County District Attorney Steve Wolfson and a panel of administrators decided that Dahan will not face the death penalty.

The Dahan case is the second of two horrific murder cases that involved members of the Filipino-American community, now the largest Asian community in Las Vegas.

Indico could face the death penalty when her trial begins in August.

Dahan, former chef at a resort and casino on the Strip, walked into a police station shortly after the slaying and told detectives he killed his wife because he could not accept that his wife wanted a divorce.

He provided a detailed account of the bloody attack with a serrated chef knife, a meat cleaver and filet knife, police said.

Showing no remorse, Dahan told police that if he were to go back in time, he’d do all over again what he did to his wife.