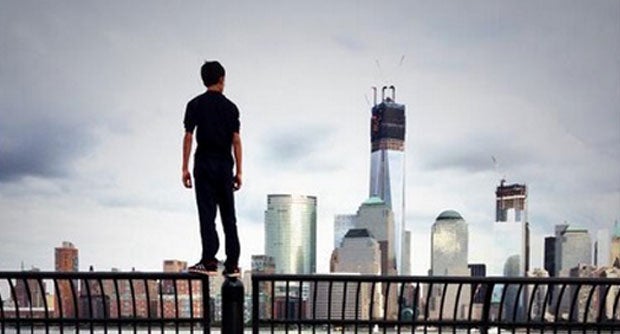 NEW YORK—A 16-year-old Filipino-American teenager described as a thrill-seeker bypassed an inattentive security guard in the middle of the night and climbed a ladder to the spire of 1 World Trade Center, where he apparently took pictures, authorities said Thursday.

Justin Casquejo was arrested at 6 a.m. local time Sunday at America’s tallest building and was charged with misdemeanor criminal trespass, police said. Nobody answered the door Thursday at his Weehawken, New Jersey, home.

According to a criminal complaint, Casquejo was quoted as telling police: “I walked around the construction site and figured out how to access the Freedom Tower rooftop. I found a way up through the scaffolding, climbed onto the sixth floor, and took the elevator up to the 88th floor. I then took the staircase up to 104th (floor). I went to the rooftop and climbed the ladder all the way to the antenna.”

He was arrested, and his camera and cellphone were seized after authorities obtained a search warrant, said Joe Pentangelo, a spokesman for the police department of the Port Authority of New York and New Jersey, which owns the trade center site.

Casquejo was released without bail after being arraigned Monday on one count of third-degree criminal trespass and one count of trespass. His lawyer declined to comment. Casquejo’s next court date was scheduled for April 2.

The episode raised questions about how such a breach could have happened at one of the most security-conscious sites in the world. New York Mayor Bill de Blasio called it “shocking and troubling.” 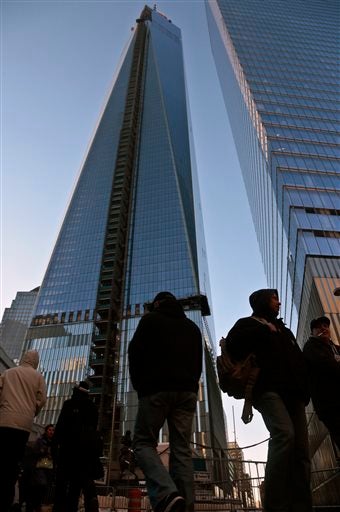 Casquejo got onto the construction site of the nearly completed tower through a 1-foot (0.3-meter) opening in a fence and eluded an inattentive security guard on the 104th floor, Pentangelo said. The guard, who worked for a contractor, not the Port Authority, has been fired, the spokesman said.

The criminal trespass charge is a misdemeanor punished by up to three months in jail. The simple trespass is a violation punishable by up to 15 days in jail.

The complaint said Casquejo was observed inside the tower beyond numerous posted signs that stated: “Do not enter. No trespassing. Violators will be prosecuted.”

Authorities were still trying to determine the teen’s motive. WABC-TV reported that he took pictures from the top of the building, where he stayed for about two hours.

Patrick Flores, 18, who grew up with Casquejo and lives in the same apartment building as him, described his friend as “a really good kid” who has always been highly interested in adventure.

“He was always the one climbing the cliffs, doing something stupid,” Flores said, referring to the cliffs on which Weehawken sits, across the Hudson River from Manhattan, with clear views of the World Trade Center and the rest of the Manhattan skyline. “But that was him, that was his life.”

“I’ve seen him fall and hit his head and get up and walk away like it was nothing,” he added.

Flores said Casquejo had recently become interested in the French extreme sport Parkour, which combines elements from martial arts, gymnastics and rock climbing and has become popular thanks to YouTube videos of acrobatic athletes vaulting over obstacles like park benches, trees, guardrails and buildings.

The investigation into the security breach was continuing.

The tower is scheduled to open this year.

Plans ultimately call for heavy security around the rebuilt trade center, including a network of barriers, security checkpoints and areas for screening vehicles before they can enter the 16-acre site, with through traffic barred. Some nearby residents have challenged the plans as overbearing, saying in a lawsuit last fall they would turn their neighborhood into a fortress-like environment “as impervious to traffic as the Berlin Wall.”

City lawyers defended the security plans as necessary for what they called one of the most sensitive sites in the country, and the city said the measures were as unobtrusive as possible. A judge dismissed the case last month.