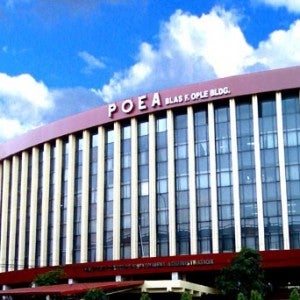 MANILA, Philippines – The Philippine Overseas Employment Administration (POEA) defended overseas Filipino workers (OFWs) after a Singaporean made a suggestion on the Internet that Filipino domestic workers should have their separate bus because they were too noisy.

“OFWs for the most part have behaved responsibly and possess natural willingness to become citizens of the world, thereby shielding themselves from problems and requiring less government intervention while abroad,” Hans Leo J. Cacdac, POEA Administrator, said in a statement.

“While living and working in another country as ambassadors of goodwill, OFWs conduct themselves appropriately — respecting laws, customs and traditions,” he said.

In a post on “The Real Singapore” website dated March 4, 2014, one contributor identified as “H” said that he/she rode on a bus where “90 percent of the passengers in bus 106 were Pinoy maids” and that “They joked and burst out laughing loudly.”

“[There’s] nothing wrong to joke and chit chat in the bus as Sunday is only their off day, however, they should be a little bit more considerate by caring for other passengers too,” H said.

“What I could [hear] in the bus was Filipino language and I felt like I am taking a bus in Manila. Their [voices] were just as loud as thunderstorm (I believe many Singaporeans experience this before. Once a group of Filipinos boarded a bus or train, your resting time on your journey back home is gone),” H said.

The contributor further suggested to the Public Transportation Council that they should provide private buses to serve the OFWs in the country.

Cacdac, however, said that OFWs are subject to disciplinary actions if found that they committed offenses in their host country.

Offenses that warrant disciplinary actions include falsification of documents, committing a crime, breach of employment contract, violation of sacred practices of the host country, among others.

Deputy presidential spokesperson Abigail Valte had shrugged off the issue in a previous press conference saying that it was just one person’s view.

“I’ve been to other places as well and we do tend to observe proper comportment and behavior,” she said.

Singapore maids‘ day off is fine, but it’s ‘not enough’