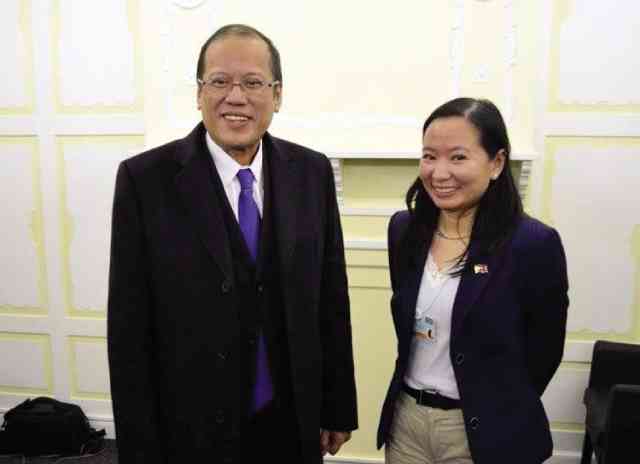 MANILA, Philippines—Philippine Daily Inquirer senior business reporter Doris Dumlao is among those on this year’s list of Young Global Leaders, published annually over the last decade by the nonprofit World Economic Forum (WEF) based in Geneva, Switzerland.

Dumlao is part of a list of 214 “under-40” individuals across the private, public and civil society arenas recognized by the WEF for their outstanding contributions and leadership in their respective fields, the organization announced on Tuesday.

Three other Filipinos made it to the 2014 list of Young Global Leaders. They were Julia Andrea Abad, chief of the Presidential Management Staff in Malacañang; Earl Martin Sawit Valencia, president of privately funded technology incubator IdeaSpace Foundation; and Ayesha Vera-Yu, CEO and cofounder of grassroots nonprofit Advancement for Rural Kids.

Dumlao, part of WEF’s Global Advisory Council in Southeast Asia, has earned various awards and distinctions during her 16 years with the Inquirer, where she currently covers the capital markets and banking sectors. In 2011, Dumlao was also named among the most influential Filipinos according to a survey by dominant search engine Google.com.

She is the second Inquirer personality to be named among WEF’s Young Global Leaders. Inquirer CEO and president Alexandra Prieto-Romualdez earned this distinction in 2006.

The WEF, best known for its annual winter meetings in Davos, Switzerland, said its aim was to “improve the state of the world by engaging business, political, academic and other leaders of society to shape global, regional and industry agendas.”

The WEF said its Young Global Leaders were selected from a pool of thousands of candidates worldwide.

The aim is to find a truly representative body whose members are composed of leaders who are distinctly “tri-sector,” meaning those with significant experience in and across the private, public and civil society areas.

Among the more well-known business leaders in the Young Global Leaders 2014 batch are Karl-Johan Persson, president and CEO of Swedish fast-fashion giant Hennes & Mauritz AB, or H&M, which made its name selling trendy merchandise at affordable prices.

H&M now has about 3,100 stores in 53 markets worldwide and it plans to open another 375 stores this year, including its first shop in Manila in the second half of 2014.

In the field of information technology, the WEF recognized David Karp, founder and CEO of microblogging platform Tumblr, which claimed 175.2 million blogs and 79.2-billion blog posts as of March this year.

Tumblr was sold last year to Silicon Valley giant Yahoo! Inc. for $1.1 billion, also making Karp, who was born in the United States, one of the world’s wealthiest individuals.

Hollywood was likewise represented as South African-born actress Charlize Theron made it to the 2014 batch of Young Global Leaders.

Theron, who bagged an Academy Award for her portrayal of real-life serial killer Aileen Wuornos in the 2003 film “Monster,” is the founder of the Charlize Theron Africa Outreach Project to aid in the fight against HIV and AIDS. She is also active in various organizations supporting women’s rights and animal rights.

The final step is a screening by a selection committee chaired by Queen Rania Al Abdullah of Jordan.

“Young Global Leaders are not just exceptional people in their own right: They are leaders who already have a track record in improving the state of the world,” David Aikman, managing director and head of the New Champions at the WEF, said in a statement.

“We welcome the Class of 2014 into our community and look forward to collectively engaging them to deliver change of genuine global significance,” he added.